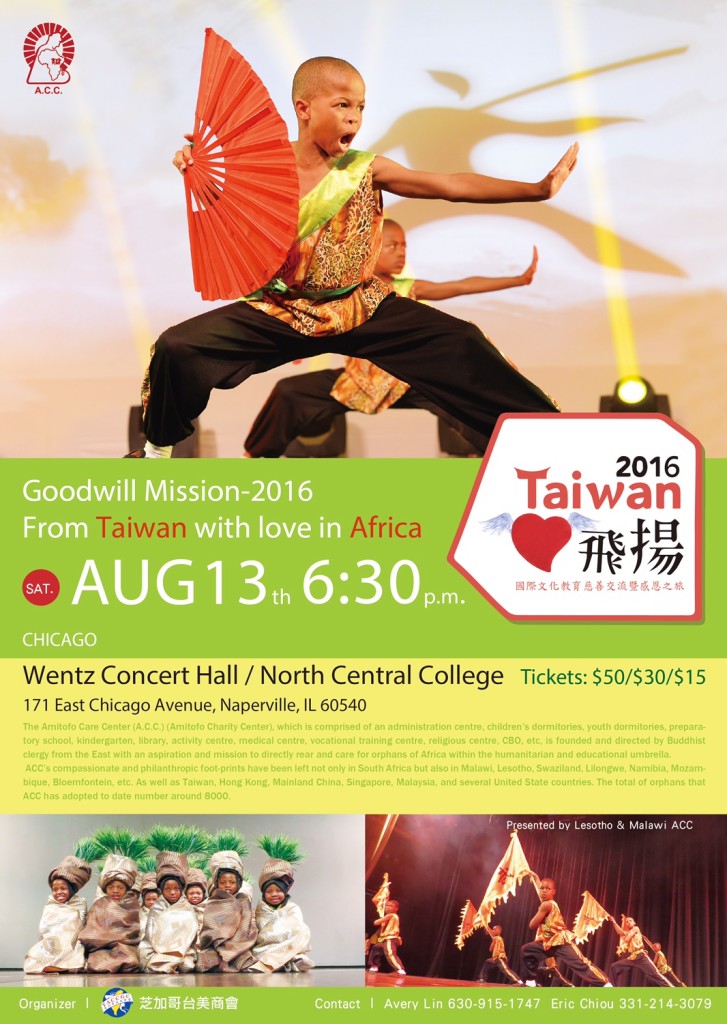 According to a report issued by the World Bank, more than 1.2 billion of the world’s population lives in extreme poverty. One-third of this population lives in sub-Saharan Africa. Master Hui-Li, a Buddhist monk from a Taiwanese farming family, endowed with enlightenment, practical training, and a strong constitution, answered the call of Master Hsing-Yun in 1992 to travel to the African continent to spread Buddhist teachings. He spent 10 years setting up and running Nan Hua Buddhist Temple, the first Buddhist Temple and study center in South Africa. In 2001, he traveled deeper into sub-Saharan Africa to spread Buddhist compassion and love to an ever larger audience whose sufferings he now identified with and vowed to help. The travels took him to Tanzania, Chad, Zimbabwe, Zambia, Malawi, Nigeria, Cameroon, Ghana, Congo, Liberia, Swaziland, and Lesotho among others.

Master Hui-Li instantly recognized the plight of African children beset by the ravages of disease, environmental disaster, and civil war. In 2005, the Amitofo Care Centre (a registered international NGO) in Malawi was the first ACC orphanage to be completed and accommodates 600 children as well as their caregivers and volunteers. With support from Taiwanese communities worldwide, Master Hui-Li spent the next decade bringing aid, medicine, education, and Buddhist wisdom across the African continent, while offering their orphans sanctuary at the Amitofo Care Centre where the children enjoy a healthy lifestyle  and basic comforts free from fear and starvation. The children are also offered schooling, which includes Mandarin Chinese and cultural studies, Buddhist spiritual practice and Martial Arts training. Based on the success of the first ACC, similar projects have been begun in six other countries. At present, more than 7000 children receive care from the Amitofo Care Centre in Southern Africa.

In 2007, the Amitofo Care Centre started taking groups of children out of Africa on annual goodwill missions to visit countries whose Chinese communities and Buddhists sponsored the cause, stretching from Taiwan and Southeast Asia to New Zealand and Australia to the enthusiastic reception. These trips help spread the message of amazing grace; showcases the children’s skills; extends the group’s gratitude to their supporters; and most importantly, provides an improbable success story that can be cherished by those that witness it.