Probably until now, you still don’t know what this story is about. Perhaps, he even has a hard time to explain all the complications. However, this is his true life story. His name is Seth Nayes, a gender queer who loves dancing and modeling. 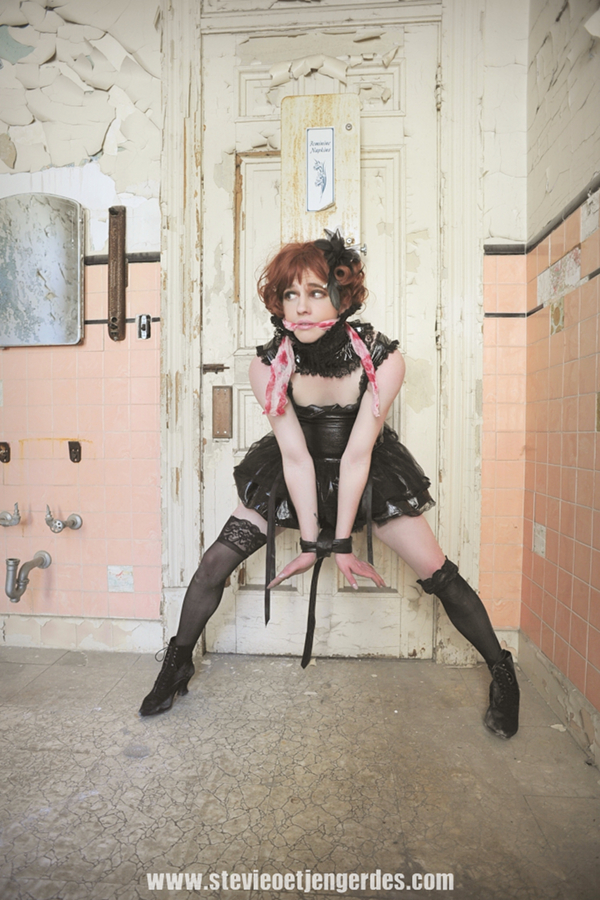 Seth: I was raised by my mother, and two of her girlfriends, who are also girlfriends, so I had three moms. And any of the male figure is pretty negative one, which is in my world, the male is pretty negative one, so I always look at women as my lead, just for my perspective growing up as a child, so I think that’s what made me a little bit in touch with that side, and also you are born gay, so I already had one too many X Chromosomes for my own good. So I ended up looking more feminine.    So my whole life is kind of like being a girl, but also I did boys stuff, like love bugs, and bats and stuff. My mom got reintroduced to her high school sweetheart, and we moved to Lac du flambeau Indian Reservation. It was such a weird jump, going to the camping all the time with these three cool chicks, that knew how to pee standing on a boat, they were like power houses, building their own houses, doing everything that men could do, I guess with more of a heart, and without such a man’s ego. I guess everything changed, because all the sudden I was separated from all of that. And my mom gave up my younger brother, because she didn’t want to take both of us on this adventure, she was barely able to keep the house as it was. 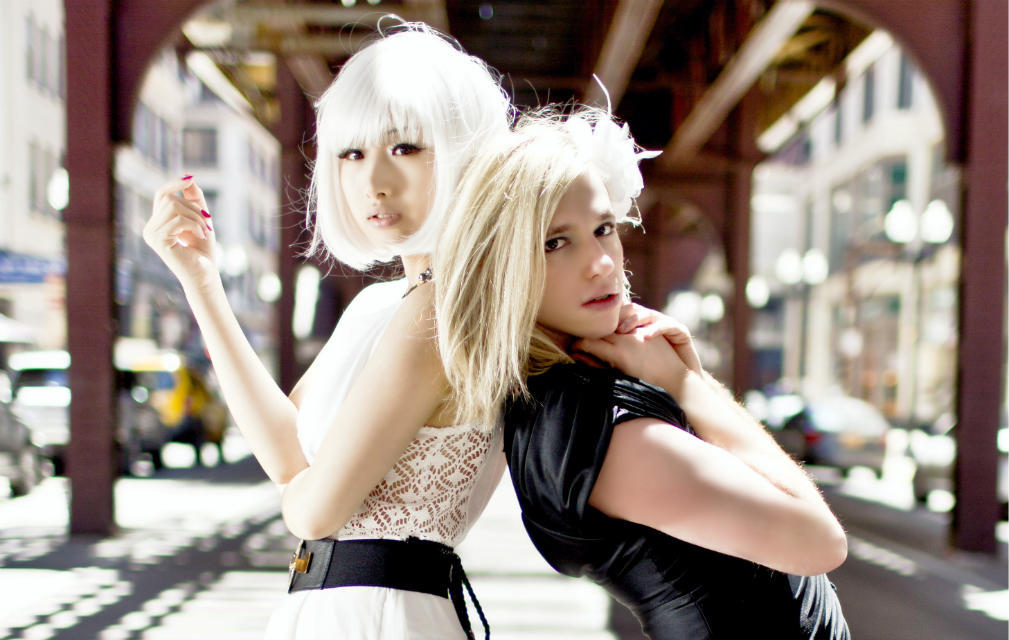 Then we moved to the Ghetto, a street away from the project houses (Low income houses financed by the government) was my backyard, the project house and then the General Store, sometimes I had to walk through that trail through the Projects, just one trail through. I was consistently getting attacked, jumped and never fought one on one, it is always family against family but I didn’t have family there. It was my mom and Mylow, which my step dad ended up shooting him because he howled at night, and now Mylow is gone.  Then it was like a battle for learning how to live. You are in a separate world. Reservations are so sad, but then they made to be sad, there is hardly anything in it.  Anything that is brought there is squandered quickly.  These power figures (people), do what all power figures do and squander all the money for themselves. They screw over everything, and everybody that is lower than them. Just imagine, less money than that, on this reservation, you look like a white boy even though you are a middle eastern, or Irish, I have nothing to do with all that world, and actually both of those cultures should mind their own business, and everyone would be pretty fine, and drunk. Then I learn how to fight. For ten years, karate, Taekwondo, and amateur wrestling, and then professional wrestling because my whole life revolved around fighting, but now my life is all peace and love. 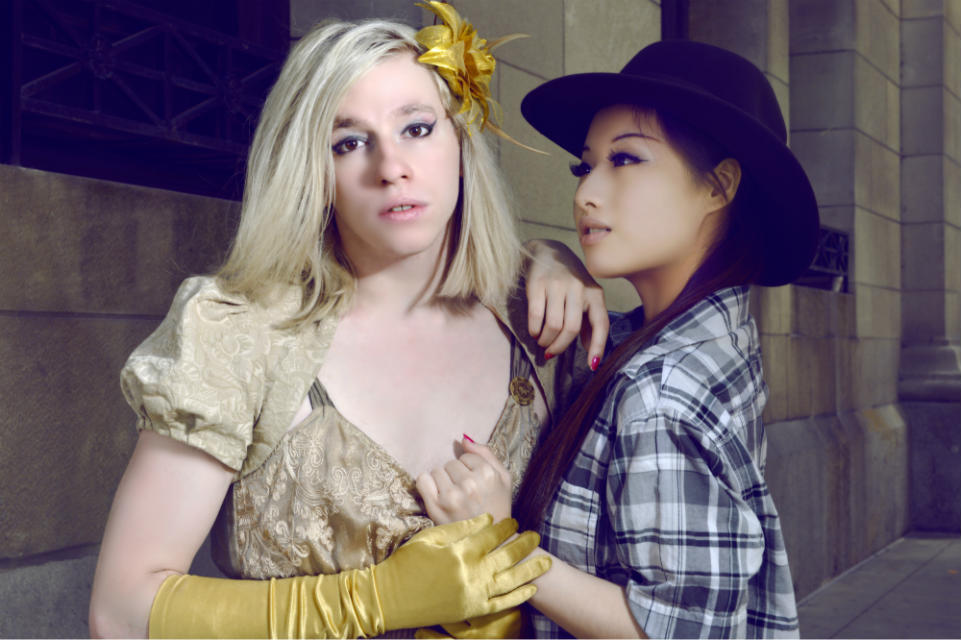 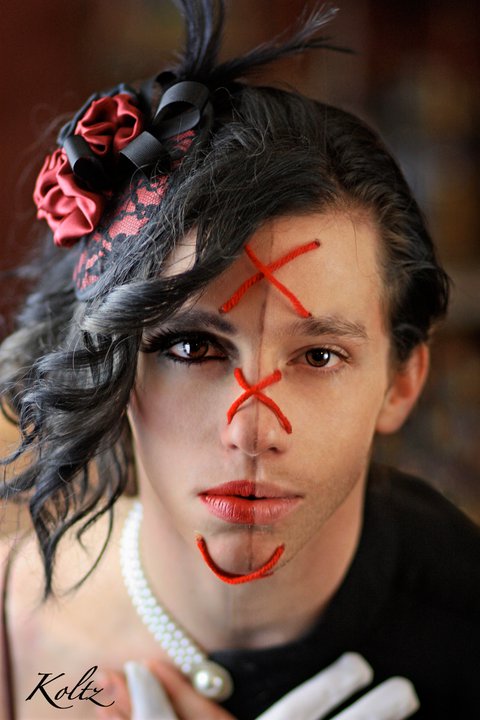 I guess I am over it now. I took from it a different purpose；to not live so desperately. It is really hard, because I haven’t ran back home for years. I really need to visit my mom, but it makes me so sad to go back to that place, because it is so rundown, everybody is just stuck there. There are a lot of loving people there, don’t get me wrong, but after rape and fighting, murder, and all the weird things, I just ran away so far from it, because it is not the home that I began with, it was just one of my experiences I had to go through to teach me something and make me stronger. 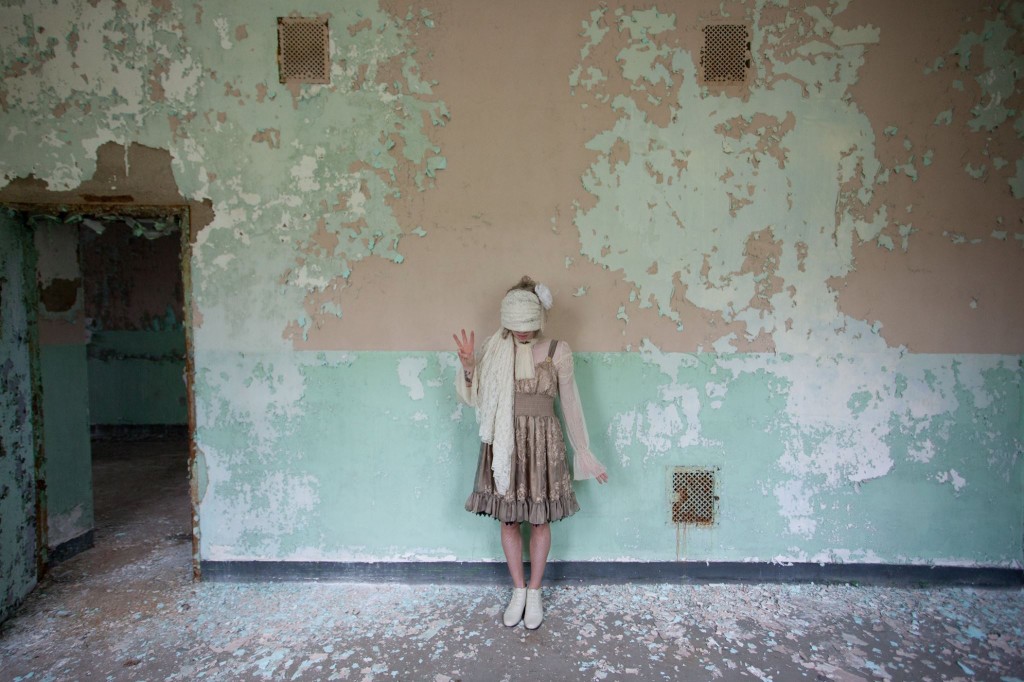 Once that happened, I went to Minocqua City, luckily with my best friends, that move took me away from the Indian Reservation and one become a foster mom and took me in which was so beautiful, and my mom let me go.  My step father was very mentally and physically abusive and a drunken person. He was chemically challenged, and he had diabetes, and drinking alcohol on the top of that, and having an anger problem. It was a disaster. I finally had to leave my mom. I would get bounced back and forth between my family members, because there was so much crazy violence going on that they didn’t want me there. But I would always talk to them to let me to go back with them. I had my mom’s personality, so I always talked to my mom and say, “Mom, if you want me to come back to you, I would.” 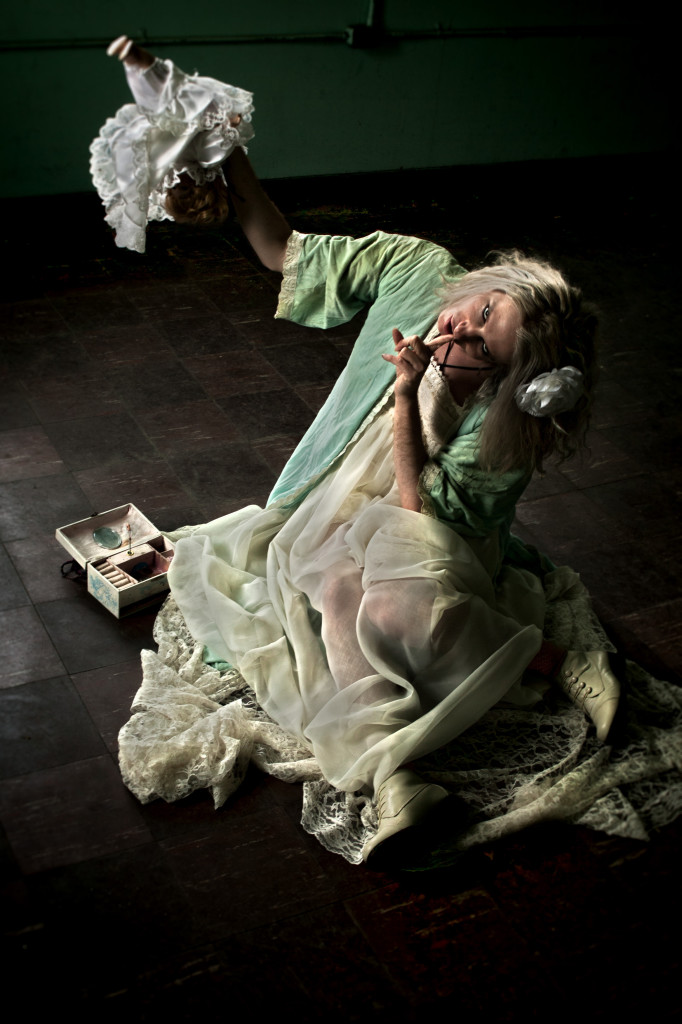 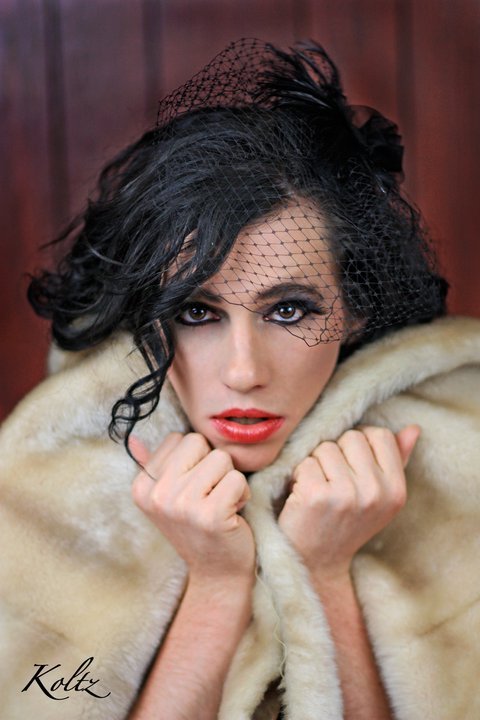 I wanted to take over the world. I wanted to go everywhere and experience everything. I wanted to be normal and not viewed as a freak show. Because I look incredibly feminine and I feel that people treat me differently due to my appearance. I see myself traveling the world trying to dance in every single city that I can before my knees go out. To dance everywhere. Then I can know that my feet have “spun” on the whole world. It would feel good and I would get enjoyment from it. Right now I’m a very happy person because I came from such darkness and I want to spread happiness, glitter, fairies and love to the world. I want everyone to love me and each other. I feel like a hippy “love child.” 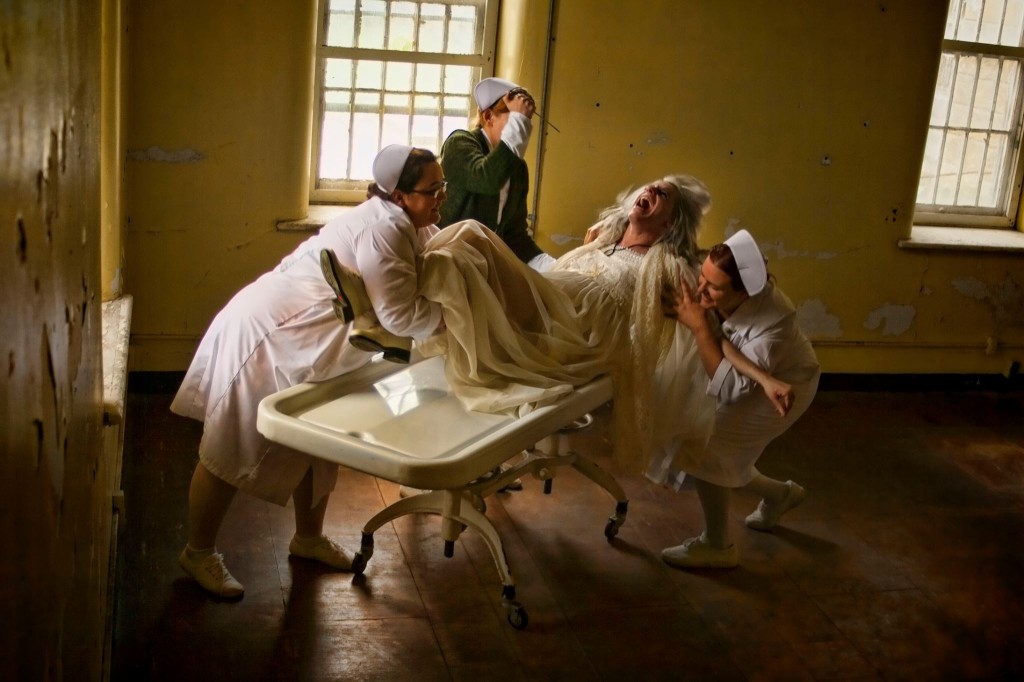 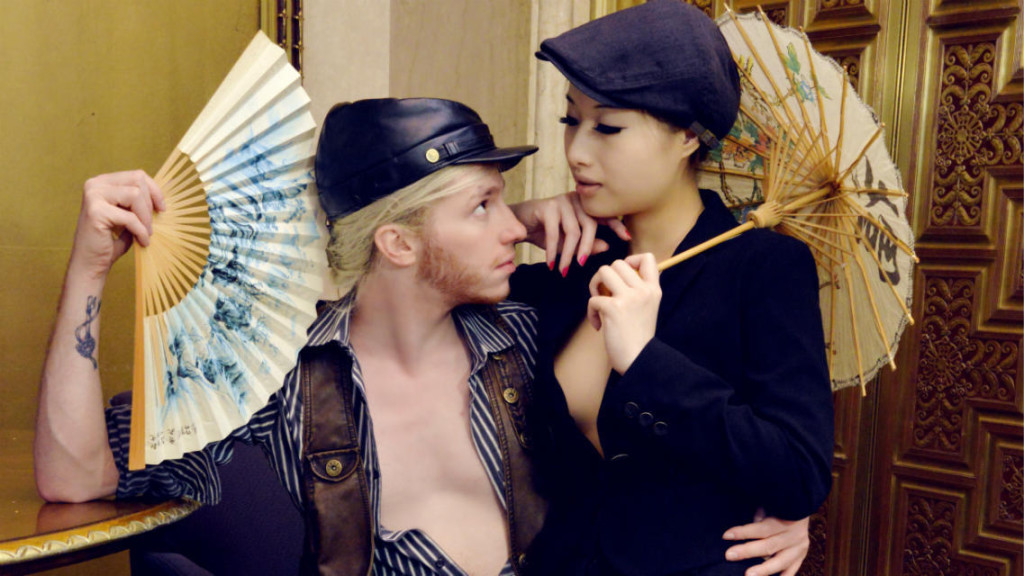 Unfortunately doing what I do with my dancing and all the misogyny in the world and especially in the Gay community it’s been a very lonely journey, but as far as the type of person that I see myself with or that would be a good partner would have to be someone that is self-absorbed in being a real man. It seems weird that I would be thrown into a different type of person. 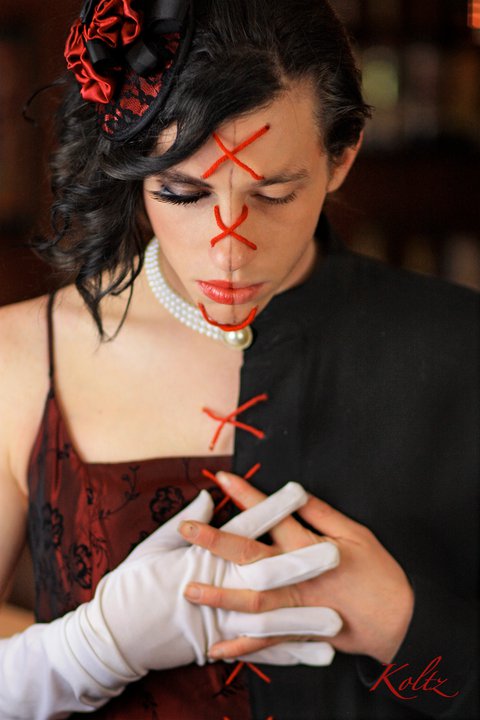 I guess I’m like a paint blob that runs off in different directions as a free spirit. I can’t take on all the projects that I want to at once, but my mind is running a million miles a minute all the time – well that’s too fast, ha ha ha. The burlesque community and artistic community is a very fun and magical world. But as far as a love partner, I guard my heart but I want to let everything of me show being a female, a male and they are all the same person that enjoys laughing and being wacky. The world is serious and I’m aware of the corrupt issues that are happening. But I try to make my life full of magic, fun and dancing and try to live it to my purest heart. 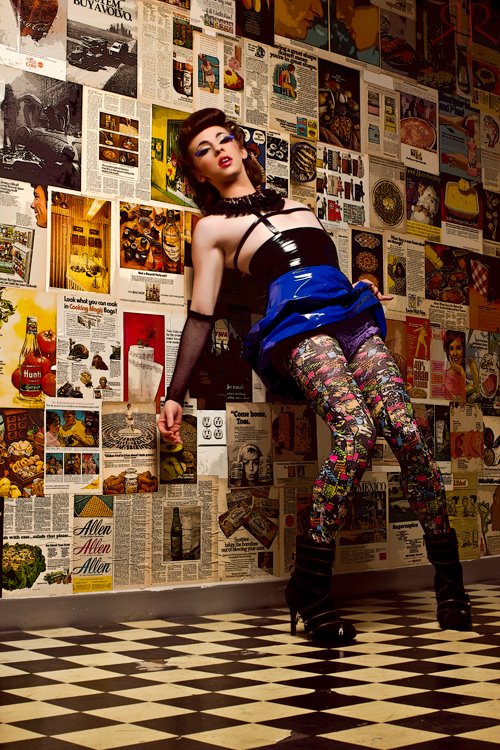 What do I want? I feel that people on their death bed they go through life wondering what other people are going to think of them, like living their lives in a cage like a bird. People are living for the word of what someone said so many year ago (Jesus Christ) but no one is certain what he (Jesus) said.  This causes people now to create hate from his words. We should be working together and the world will not have the problems we have today. That’s what I would like to do, to stand up against those that are on power struggle and use sunshine and happiness to stand up against the bastards of the world. 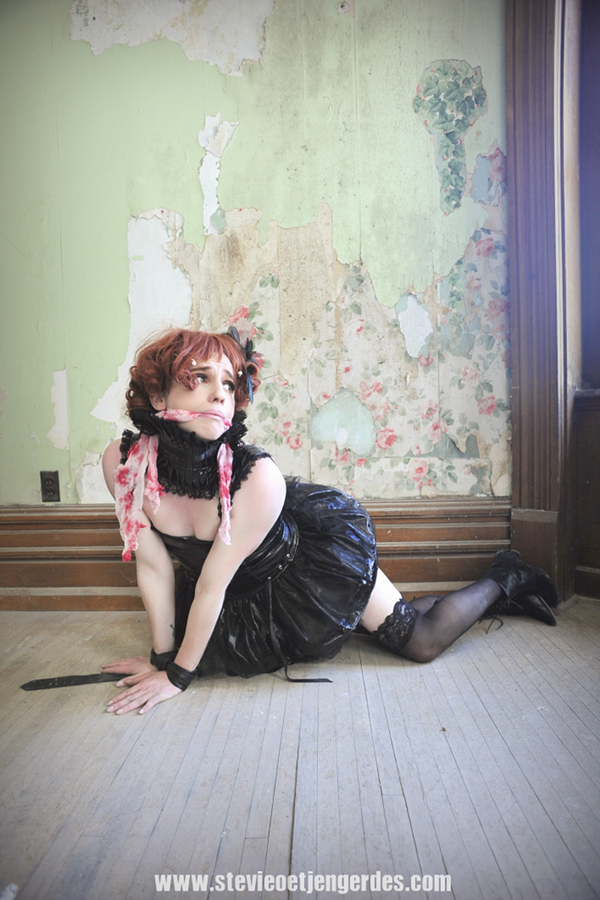 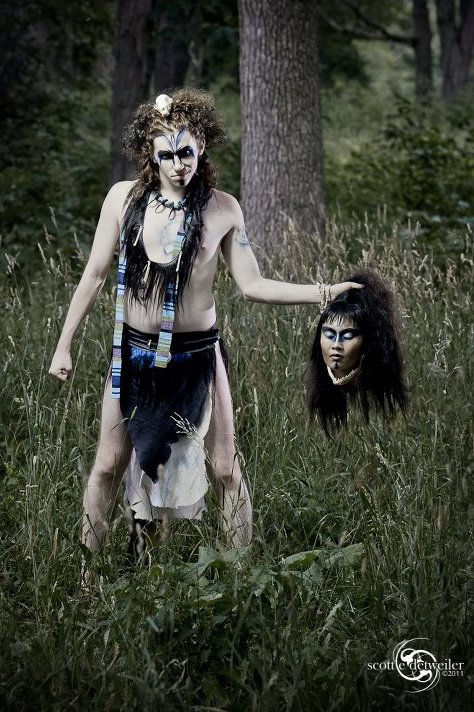 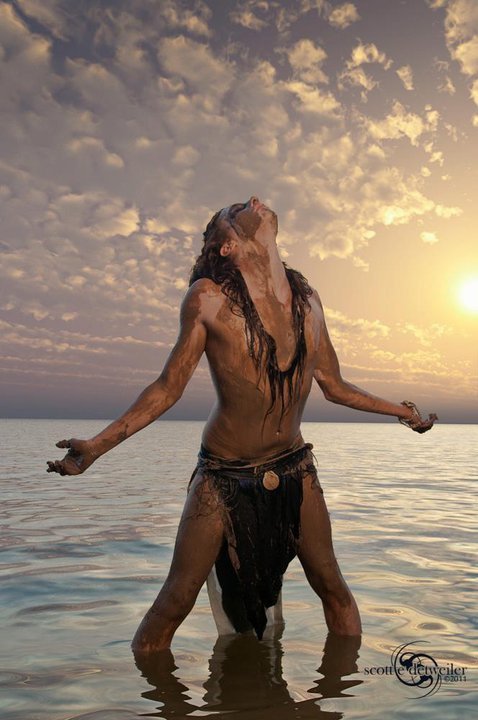