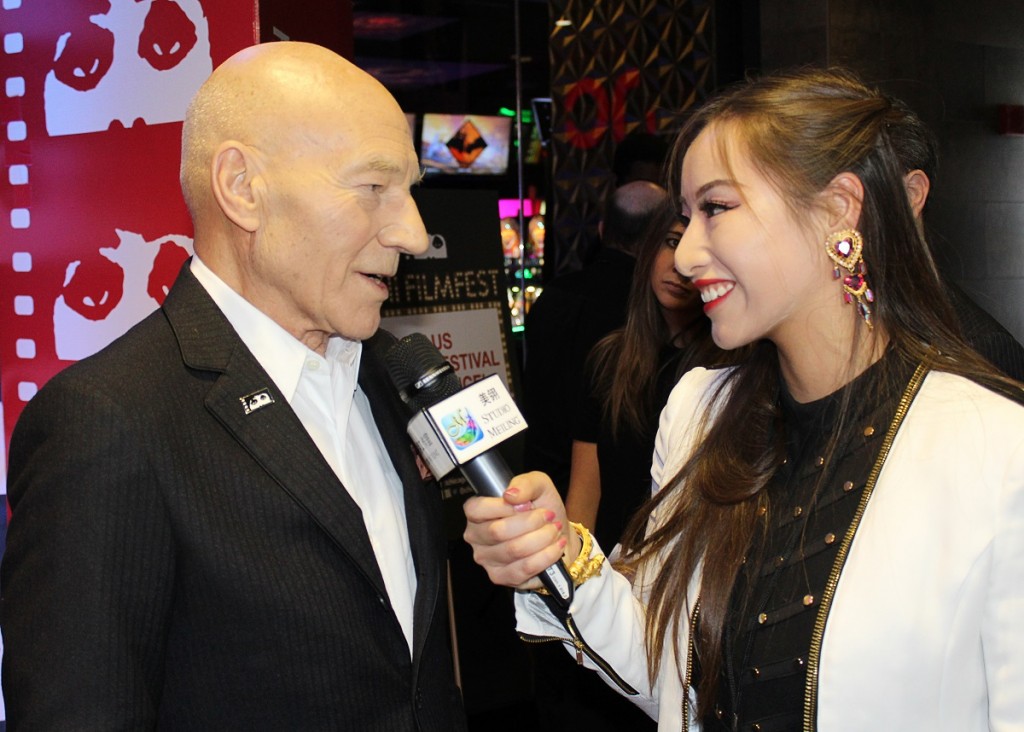 Meiling: “First of all, congratulations on all of your achievement, Sir Stewart! One of your recent posts on your Instagram has pulled a lot of attention, that was you doing apple picking, so what was the story behind this photo, and usually what are your daily activities when you are not under the public eyes?”

Patrick: “Well, I enjoy social media quiet a lot, I was reluctant initially to become a part of it, but now I am very glad that a lot of pressure was put on me to do this. As well as supporting all kinds of important causes. Important to me that is, it gave me the opportunity to have fun of a kind that isn’t usually associated with Patrick Stewart. And now I have a following of people who I think beginning to see there is more to me being Jean Luc Picard and Charles Xavier. I am lucky that I have a property with a large orchard and every autumn we pick fruit. And it was my wife who took the photograph, and said ‘I think this could be a very nice moment for Instagram.’ And I am very pleased on how it all appeared.  And I would say a little byline too. 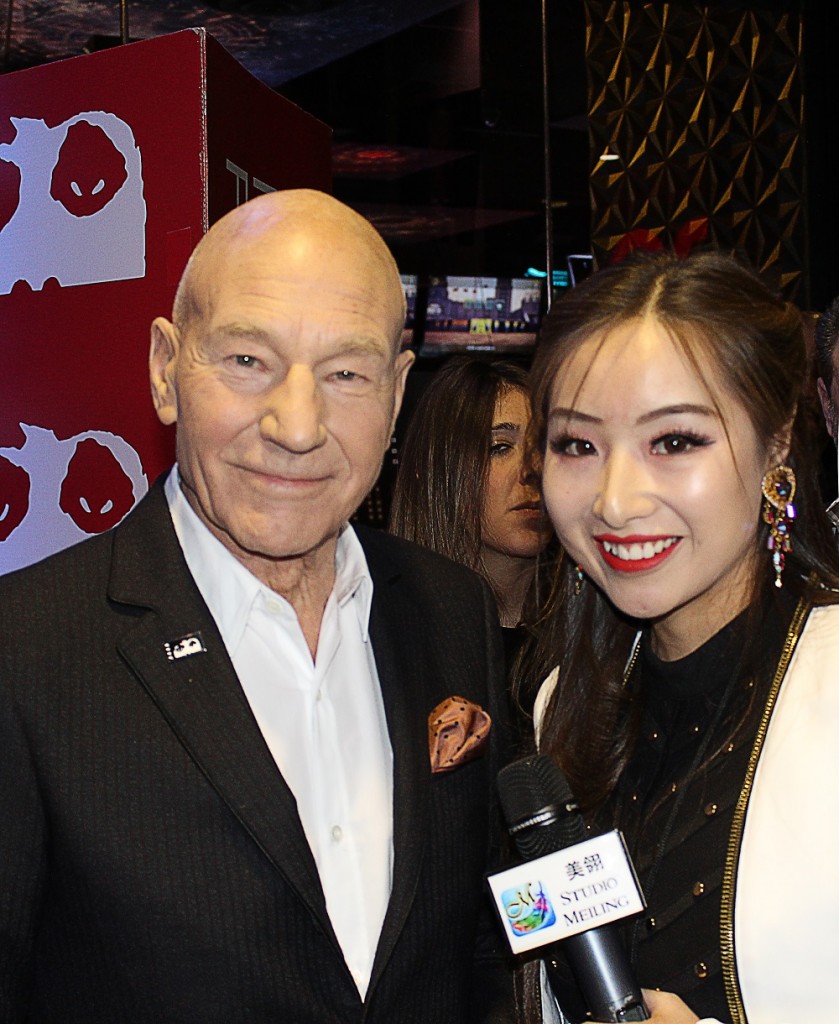 Patrick: “For me? I will tell you very simply. I was doing ADR Warner’s Brothers on a film I was done with Richard Donner, and during the session I got a note that handed to me saying that Lauren Shuler Donner would like to meet me at her office, this is Richard’s wife. I went to the office, and her assistant said the door is open just go right in. I pushed the door and stepped inside. Lauren held up a comic book right in front of her, and just smiled. And I said, ‘Why am I on that front of that comic?’ And she said, ‘exactly.’ I knew nothing about the X-Men, I am not a comic book fan. It has been 17 years that we have been associated with that. And every moment has been a delightful experience.”