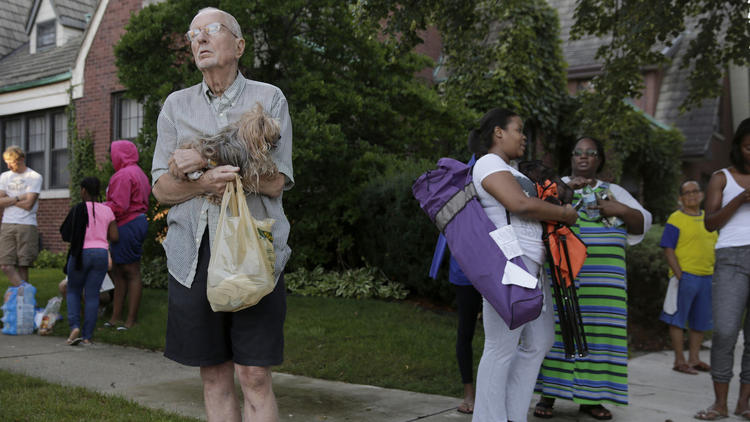 No one was injured but damage was extensive when an extra-alarm fire spread from a house to an apartment building Wednesday morning in Oak Park, authorities said.

The fire, which gutted the house and damaged 15 apartments, was reported about 4:45 a.m. in the 500 block of North Humphrey Avenue and was brought under control around 6:30 a.m., Oak Park Fire Chief Tom Ebsen said.

The fire started in the house, which was vacant and being renovated, Ebsen said. Flames spread to a neighboring three-story apartment building, where two of the units caught fire, causing the ceiling to collapse. All of the units sustained varying degrees of water damage, Ebsen said.

Ebsen estimated that 30 people were displaced by the fire. The American Red Cross has set up a temporary crisis center at the Oak Park Residence Corp., which manages the apartment building, he said.

Ebsen said midday that the department was continuing to investigate the incident. He added that he did not yet have a damage estimate, but that the house “was a total loss.”

“We’ll know more as the day progresses,” he said.